From Greece to Malta, we’ve covered the most overlooked parts of paradise.

There doesn’t seem to be room for worry or stress in the Mediterranean. The dramatic, volcanic mountains make you feel as if you can finally breathe, the azure waters help to shift you into a state of relaxation, and the sunny, mild climate means you won’t have to pack for every imaginable season.

Then there’s the food. The Mediterranean diet is rich in fruit and vegetables, whole grains, and fresh fish, and low in processed foods. It’s a diet that has been scientifically proven to reduce the risk of developing type 2 diabetes, high blood pressure, and high cholesterol. In fact, in some Mediterranean regions, life expectancies are among the highest in the world.

So, when are we going? And where are we going? If you’ve been saving your dreams and pennies for that perfect Mediterranean escape, and you’re hoping to avoid the crowds, we have rounded up an incredible selection of underrated islands to visit. From the family-run tavernas of Greece to Malta’s heavenly waterholes, we’ve got you covered.

The most underrated Mediterranean Islands

The Croatian islands are famed for charming fishing towns, well-kept medieval buildings, vineyards, and of course, turquoise swimming spots. And would you believe it: Cres has all four! While Cres is tied with Krk as Croatia’s largest island, it has a comparatively small population of 3,000 people.

A Cres must-see is Sveti Ivan, where all the water babies are sure to feel at home. The quiet cove lies beneath Lubenice, a medieval fort city that sits atop a 380-metre high ridge overlooking the twinkling Adriatic Sea. Sveti Ivan can be accessed by foot or by boat. The underrated island is also famed for being rich in biodiversity, being home to a colony of rare griffon vultures.

While the largest island in the Mediterranean, Sicily, might draw most of the crowds, Lipari is an underrated island steeped in mythos.

The largest of the seven volcanic Aeolian archipelagos, the sparkling isle draws its name from Liparus – father-in-law to Aeolus, the God of wind. Lipari is fantastic in the winter, when you will find plenty of sunny days and near-deserted beaches. Be sure to check out Quattrocchi Viewpoint, where you can clock panoramic views of the dramatic cliffs and coastline.

On our Sicily tour, you’ll journey to Lipari and spend hours wandering the colourful streets beneath a 1,000-year-old castle or go for a dip at a secluded corner of the island. You can even hire bicycles or scooters.

You can’t go past Meganisi in Greece. Though you might, because it’s a tiny island that’s accustomed to being overlooked in favour of the popular neighbouring island of Lefkada (which happens to be one of the few Greek islands accessible by car, as it is connected to the mainland by bridge). It’s been a day trip destination for many years, given the short ferry ride, but it’s worth more days than just one.

The water on Meganisi is divine. All its bеасhеs аrе pеbbly, whiсh makes the water even more iridescent. So you won’t be missing the sand. With a small population of around 1,000, and with tourists usually flocking to the larger islands, you won’t need to fight for the perfect beach spot.

On the northern side of the island, keep watch for a series of impressive fjords, an incredibly unique formation on the Grecian landscape. The Ionian isle is also fantastic for local, sun-kissed tavernas. Head to Vathy, one of the main towns, to get a prized spot at the harbour. Take it from us: it’s perfect people-watching territory.

If you’re wanting to take it easy on your Mediterranean escape, cruise with us. Spend a tranquil morning eating breakfast on board before setting sail for Meganisi. Along the way, you’ll pause at the uninhabited islet of Atokos, one of the most isolated of the Echinades Islands. Revitalise in the sea with a quick swim, and then refuel with a delicious lunch on board. Finally, you’ll reach the paradise that is Meganisi, where several tavernas and bars wait for you.

Syros is simply waiting to be explored. At the heart of the Cyclades, the island is known for its musical past. The distinctive local genre, Rebetiko, is famed for being the ‘Greek blues’. The island’s medieval town of Ano Syros was the birthplace of Markos Vamvakaris, a musician who shaped Rebetiko in the thirties. To this day, his music still wafts through the medieval streets and tavernas of the island.

With its stunning coastline, Syros offers a range of waterfront cafes, sandy beaches, and remote swimming holes. Unlike the major tourist destinations of Santorini or Mykonos, Syros is more affordable, with accommodation and dining being well-suited to the local budgets and travellers who aren’t looking for a luxurious escape.

Journey to Syros on board Braemar, which is compact enough to allow you to dock close to the heart of Ermoupoli, where pastel-hued villas and palm-lined waterfronts, Ouzeries and beautiful beaches shine underneath the Mediterranean sun.

Off the coast of Malta lies the small island of Gozo. At just 67 square kilometres, the size is one of its main charms. It’s packed with secluded coves and rocky plunge pools, with a must-visit spot being Mgarr ix-Xini, the most picturesque place for swimming.

If you’re a foodie, keep an eye out for the island’s abundance of traditional village bakeries and waterfront seafood restaurants. Most local spots will serve up a Gozitan platter, featuring fresh tomatoes, peppers, beans, and capers, served with some wine produced on the island. For more wine, head on over to Tal-Massar Winery.

There’s no airport on Gozo, so one of the best ways to reach this phenomenal slice of paradise is to fly into Malta and take the ferry directly over. Or you can join a guided tour. On our Malta trip, you have the choice to take an unforgettable excursion to Gozo. After the short ferry crossing to Mgarr, spend the entire day exploring Gozo, where a fortified citadel looms over the capital of Victoria and the landscape is dotted with Neolithic temples and burial mounds. If you’re not looking for a holiday until later in 2021, and perhaps a bit of winter sun is more your style, then this is the island for you.

If these islands have got you thinking about a holiday, let us take care of it. Consider an escorted tour with Newmarket Holidays in 2021. To take advantage of our Destinations in the Spotlight offer, visit our website. You can save 15% on all Mediterranean Island tours for a limited time from May 11.

READ MORE: Everything you need to know about travel to Northern Cyprus 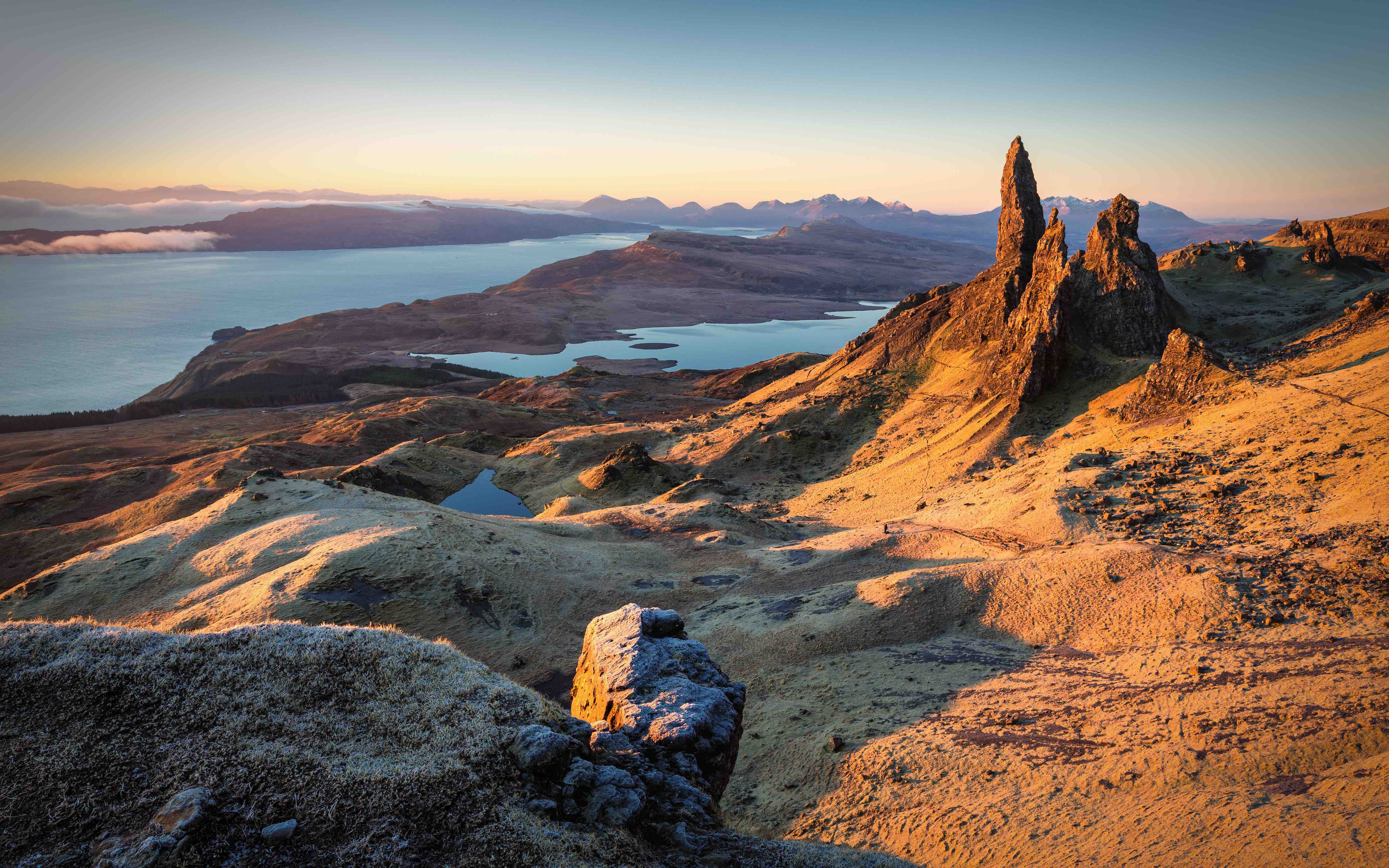 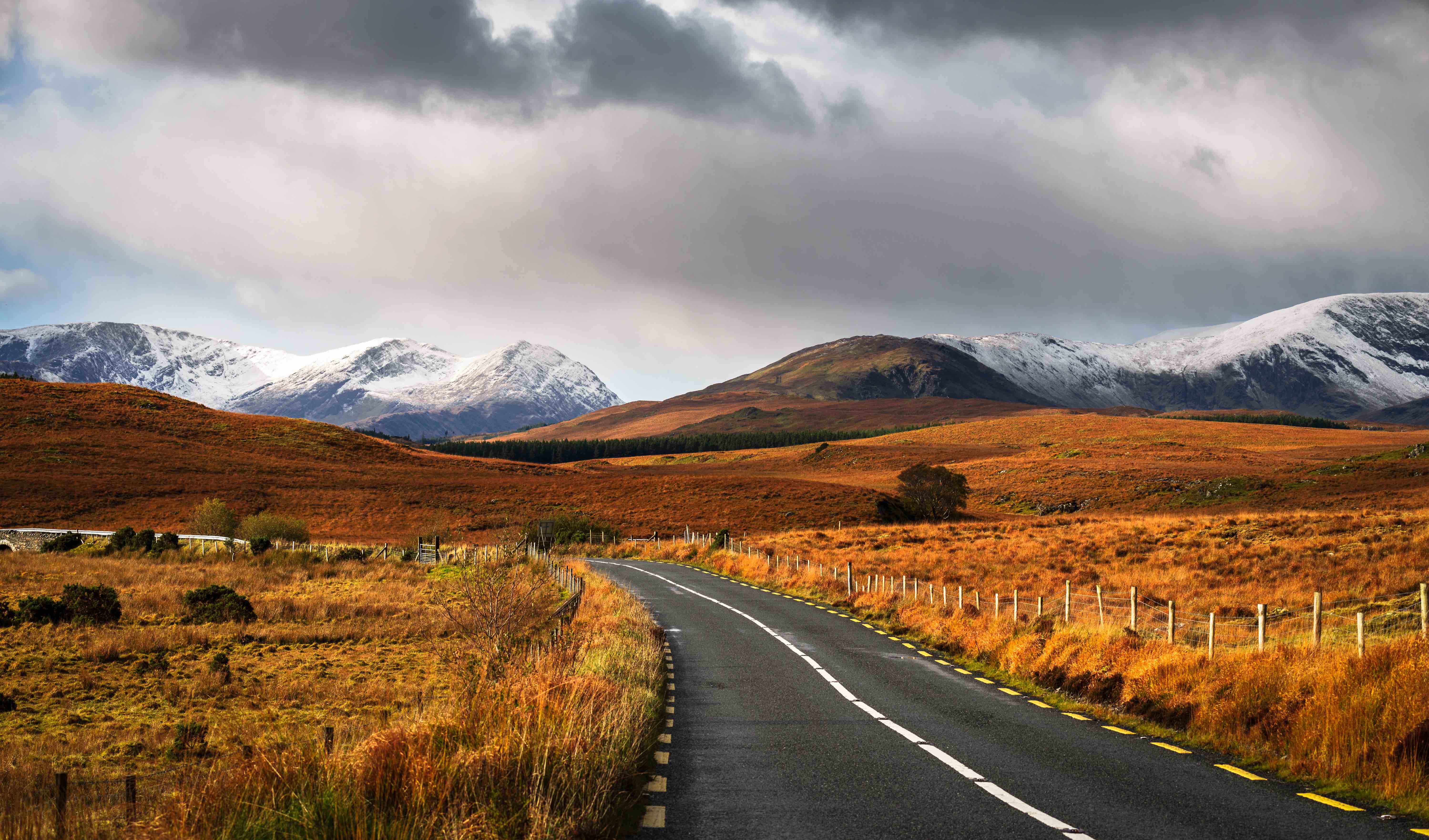 There's no better way to explore your home country than with a road trip. Check out these five routes through Scotland, Ireland, Northern Ireland, England, and Wales.
0 Shares
0
0 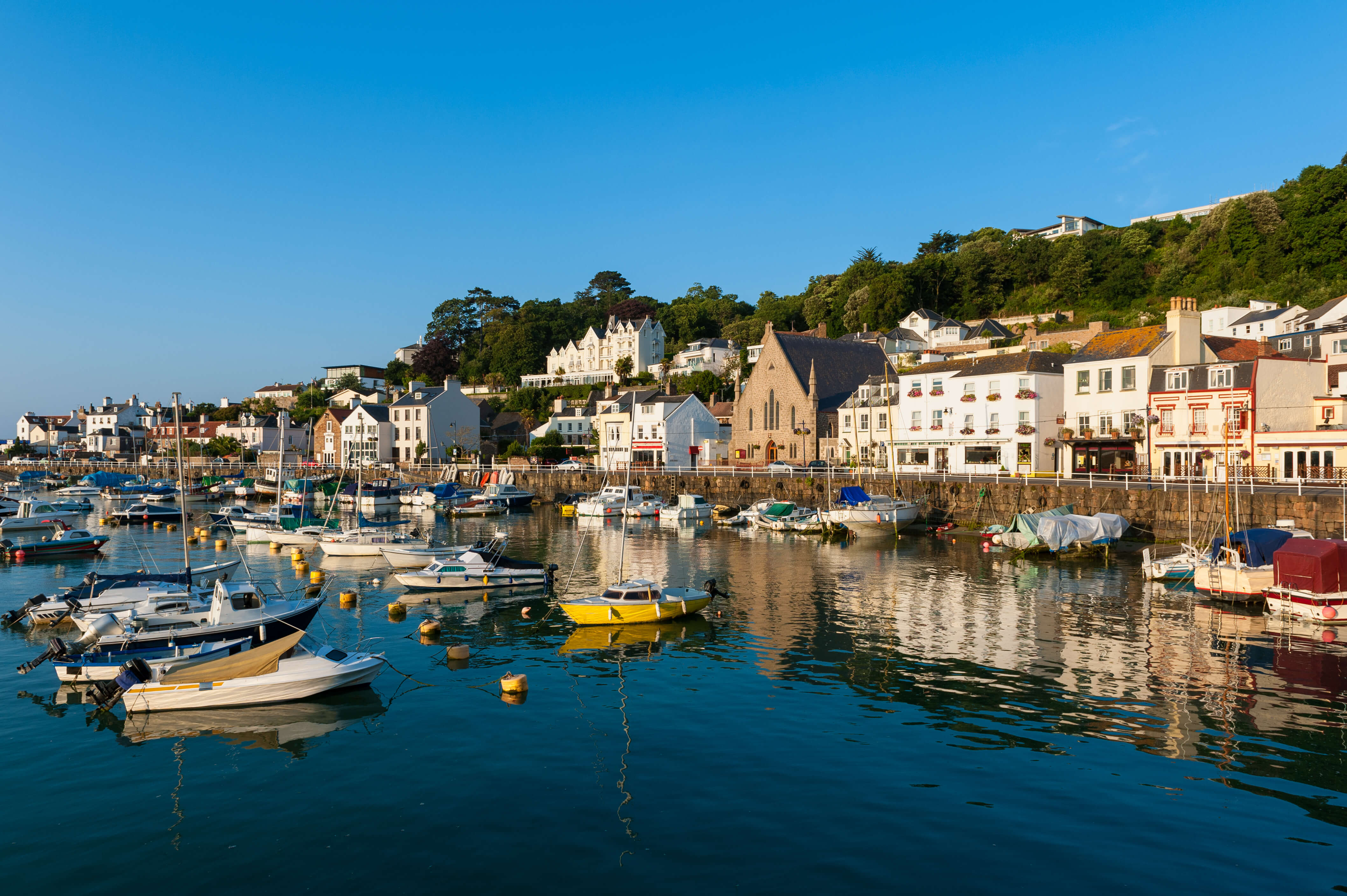 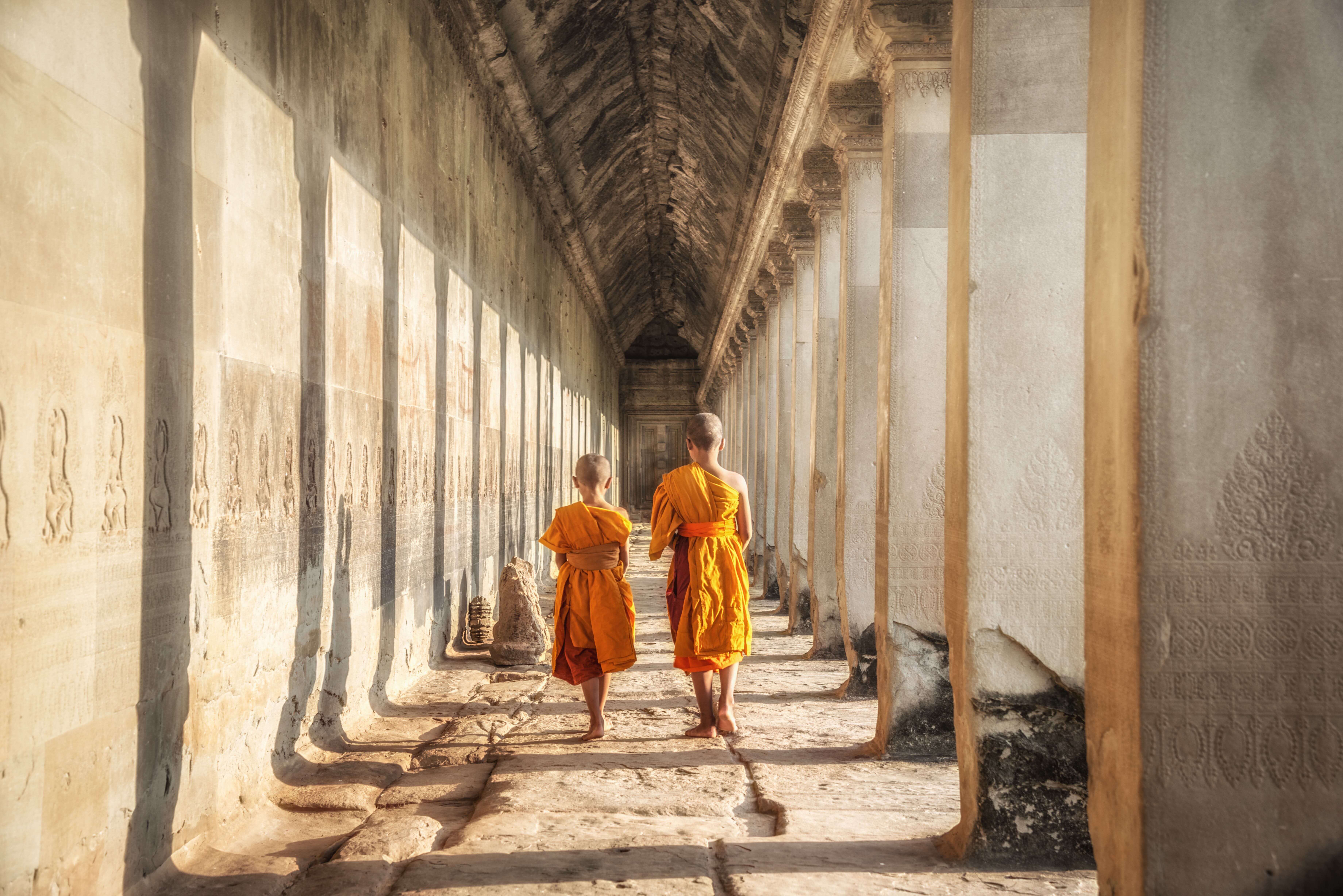 An exploration of the Cambodian ruins that were hidden beneath jungle for centuries.
0 Shares
0
0 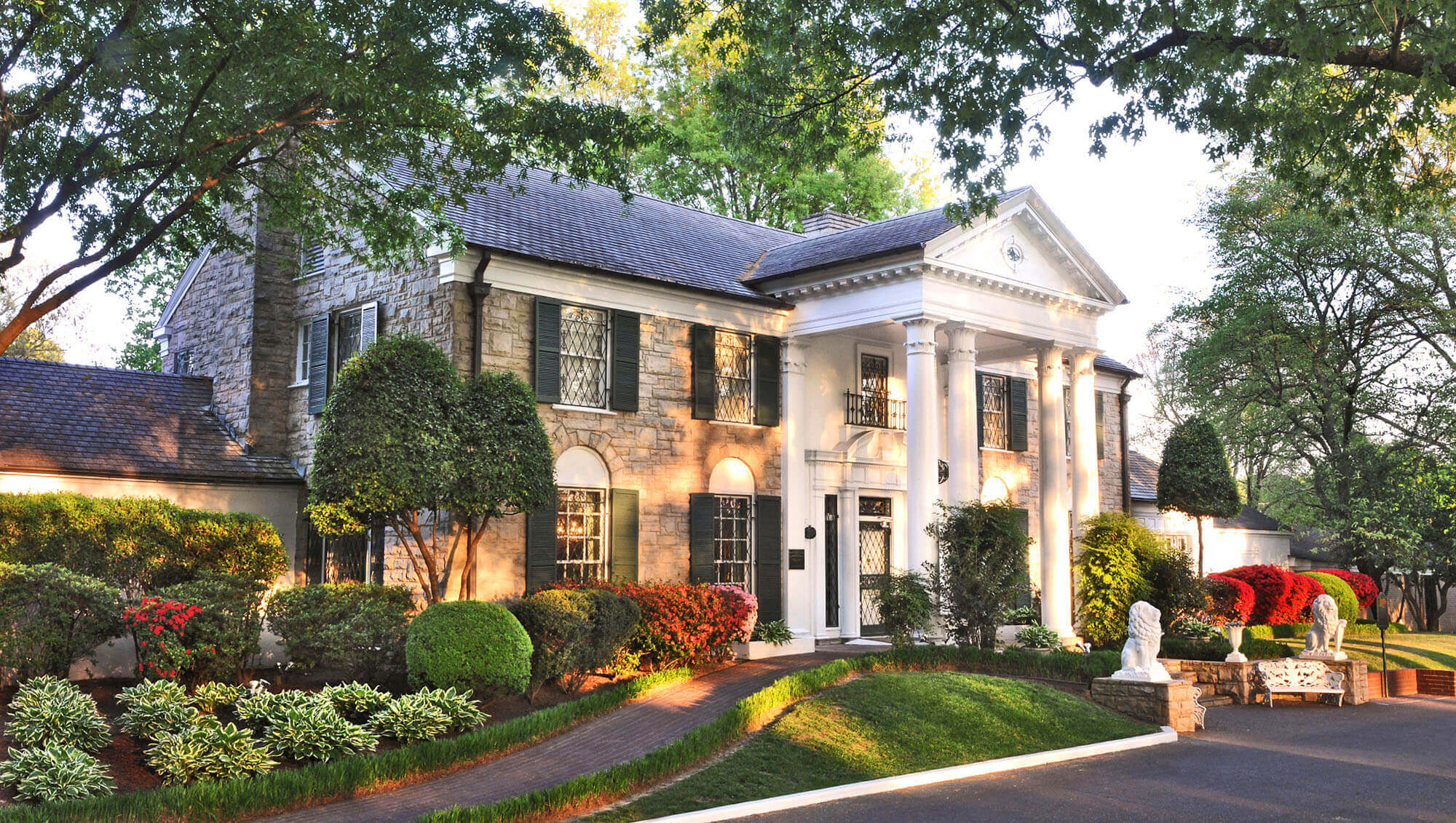 Our Senior Sales Executive Jacqui Robson shares some fond memories of her trip through America’s musical heartland.
0 Shares
0
0
Back to top